In 1971 the Western Growers Association wanted Chavez in Federal Prison. They failed. 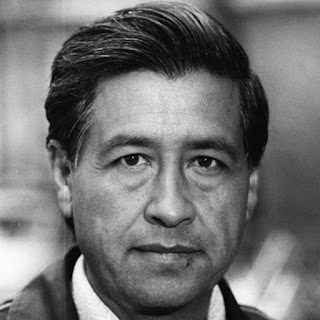 by Melinda Pillsbury-Foster
Today there is an enormous amount of talk about about the divide between Red and Blue, which could be called the Second American Civil War.  But this is not a real divide,  it has been fostered in our minds to make it impossible for Americans to get traction for action, needed to enact real direct democracy.  To perpetuate the Divide we have been manipulated by the .001% using the major media, operatives, and a steady flow of money for payoffs.  They have rewritten history, changing the meaning of what it is to be a Conservative.
The grape boycott had won in 1970 using non-violent, militant protest as their tool. Started on September 8, 1865, Hispanics joined with the original Filipino effort, choosing the path of non-violence. Chavez, a student of Gandhi, who was, himself was a student of Alice Paul. Improved conditions had been hard won. Cesar Chavez had put his life at risk, drawing attention nationally to their boycott with a hunger strike which laste…
Post a Comment
Read more

How Exciting! Another News Release from the National Libertarian Party!

07 August
“Boomers going bankrupt at unprecedented rate”
Yet another revealing News Release issued today by the National Libertarian Party! We at Freedom Interactive TV Networks Association urge you to read this opining with attention. If you have been living in your hovel in the wilderness, or have the financing to remove yourself from the meltdown of the economy which has been going on for over a decade now this will be truly shocking. However, if you hold a job, run a business, thought you could retire, or had some illusion you could follow the Boomers or Greatest Generation to college, obtain a degree or professional training at a reasonable cost and so enjoy upward mobility and security, you probably rolled your eyes and screamed or groaned. If you knew all too well that the homeless rate is rising past alleviation, millions of Americans are now living in their cars, rapacious banks, backed by the Federal Reserve are producing homeless families at a great rate and the regulatory burden on Amer…
1 comment
Read more 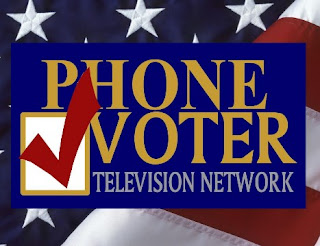 
A small group of Voluntarists were persuaded by Brock d’Avignon, another Volitional Scientist, to spend time working feverishly on a plan to persuade candidates for President of the United States to sign up for FREE satellite time and participate in a Presidential Debate Tournament.Sixty-fpur Americans had signed up to run for president in 1992 and most of them remained unknown then and now.
These stalwart Voluntarists included Samuel E. Konkin, III, Bill Cousert, Ron Fink, Howard Hinman, Robert d'Avignon and Lawrence Samuels and Kent Hastings.


PhoneVoter was a business plan aimed at inserting interaction and dialog into political action and so catapulting candidates, and their ideas, characters, values and such, into public view.
Of the 64 presidential hopefuls only four candidates responded to multiple offerings of the proposals and the determined calls made by Brock d’Avignon, who at first had focused on Libertarian and other minor party candidates.
All w…
2 comments
Read more

The Monopolisation of Heroes by the State 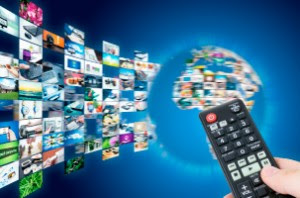 Television and movies are full of heroes. Drama could hardly exist without them of course, but have you noticed that nearly every hero in modern dramas is associated with the state?

The same goes for movies. Here are three showing near me:
Mission Impossible          …
Post a Comment
Read more
29 July
I have enjoyed listening to the Ernest Hancock interview of Melinda Pillsbury-Foster and Jim Davidson greatly.  This is the first 40 minutes of the Friday, July 27, 2018 show. The rest of show features Christina Tobin and then Chris Duane.  Please consider supporting this worthwhile project.
2 comments
Read more

28 July
On Friday 27 July 2018 Melinda Pillsbury-Foster and Jim Davidson were guests on Ernie Hancock's Declaring Your Independence radio show on LRN.fm  The link to the show found on this page is a link to the episode we were guests during.  It is available for download from their site.

We talked about FreedomTVNetworks.com and our plans to help every voice be heard.  We were quizzed during one of the commercial breaks about censorship resistance.  Jim pointed out that with video on the blockchain, in order for a video that has been "mined" onto the chain to be censored, every person with a copy of the blockchain on a server or client computer would have to collude to remove that video.  So, a distributed ledger becomes a kind of permanent record.
2 comments
Read more

The West Has Lost Its Sense of Meaning

Please consider the wall hangings in this photo from a remote village in Belarus:

And please note the plaque over the door in this painting of a home in Delft, in 1658:

In both of these cases we see people inserting meaning into their lives. This is something very few people do in the modern West, and it illustrates a fundamental change in our civilization.

Consider, as a further illustration, the seemingly mundane issue of naming streets. In the 19thcentury, new streets were named after great men. By the late 20th century that had changed entirely. Now, streets are named after geographical features: Fox Run, Spring Grove, Forest Ridge, and so on.
While any individual street name may be trivial by itself, a complete change in a naming convention amongst hundreds of millions of people speaks of something deeper. So does the fact that almost no one in the West hangs images and words of personal devotion …
Post a Comment
Read more
More posts